MAPS Public Benefit Corporation (MAPS PBC) today announced the election of Jeff George as the chairman of the board of directors. He replaces Dawn McCollough who has served as board chair since January 2019. The change in leadership takes place effective immediately.

Jeff’s world-class background and wealth of pharmaceutical leadership experience will be invaluable as we move closer to commercialization of our potential new therapy for PTSD and will help us build on the significant progress we have made thanks to Dawn’s leadership over the past few years. 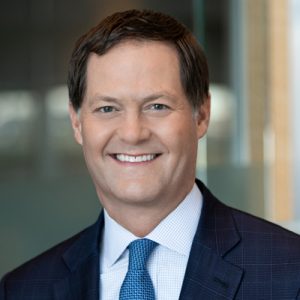 Jeff George brings over two decades of experience in global healthcare and corporate leadership across North America, Europe and emerging markets. He is currently managing partner of Maytal Capital, a healthcare-focused venture capital and private equity firm he founded in 2017, and a partner at Bridge Builders Collaborative, an early-stage venture firm focused on mental health. He previously served as the global CEO for both Sandoz and Alcon, at Novartis Group, where he served on the executive committee from 2008 to 2016. Mr. George serves on multiple boards of directors for public and private biopharmaceutical and medical device companies and non-profit organizations. He holds an M.B.A. from Harvard Business School, an M.A. from Johns Hopkins University, and a B.A. from Carleton College.

I look forward to continuing to partner with the terrific, purpose-driven team at MAPS PBC, as well as my talented board colleagues, as we work together to prepare the organization for a potential future approval of our FDA-designated breakthrough therapy for PTSD, which has the potential to be life-changing for so many patients in need.

MAPS PBC expects to submit a new drug application (NDA) to the Food and Drug Administration (FDA) for MDMA-assisted therapy for PTSD in 2023. The submission will include data from a completed Phase 3 study that demonstrated 67 percent of the participants treated with MDMA-assisted therapy no longer qualified for a PTSD diagnosis. The confirmatory Phase 3 study is still ongoing. The National Center for PTSD estimates about 12 million Americans are currently living with PTSD, underscoring the substantial existing need for novel treatment options.

You have Successfully Subscribed!